How to Use IF Functions in Google Sheets

The IF function is useful if you want to test whether a certain condition is true or false.

Say we have a dog and let’s call it Spencer. 🐶

What if our condition is whether Spencer really is a duck? Again if we apply the IF function, the function would return a value of False because Spencer is not a duck.

That’s all really how the IF function works. It’s simple and models perfectly our simple decision-making process.

If Spencer is a dog then it would return a final value of true ignoring the condition that we make Spencer out to be a cat even though he is an animal.

You see what I just did?

I just added another IF function right under our original IF function. This is called branching and you can do it as many times as you like and go as deep as you like with the branches.

It is one of the many powerful tools to have in your Sheetaki arsenal to solve a lot of our business data entry problems and shave half of your data entry time.

Let’s dive right into real-business examples where we will deal with actual values and how we can write our own IF function in Google Sheets to compute those data.

The Anatomy of the IF Function.

There is a term to how we call writing a function and that term is called syntax. It’s pretty commonly used everywhere.

So the syntax (the way we write) the IF function is as follows:

Note: The value_if_false part is optional and you do not have to write for it. However, you must specify the first two components (logical_expression and value_if_true) for the function to process correctly.

Now it may look a little complicated for some but don’t worry. We will go through it and subsequently practice applying it.

A Real Example of Using IF Function.

Take a look at the example below to see how IF functions are used in Google Sheets.

As you can see in the image above, the IF function is:

How to Use IF Function in Google Sheets.

Unlike Excel sheets where you have like a “dialog box” to enter a function, Google Sheets has an auto-suggest box which pops-up with the name of the function that you’re trying for. This is pretty handy.

Here’s how you start using IF Function in your own Google Sheets:

Tip: The cell (or box) you select has a fancy name called the cell reference which means that the cell is used as a reference for the function.

You can now use IF functions in Google Sheets together with the other numerous Google Sheets formulas to create even more powerful scripts. 🙂

Hi! My name's Mako and I'm a Computer Science graduate turned professional freelance writer. I started freelance writing as a part-time job during college, but I've since fallen in love with writing and immediately made it a full-time job after graduating. I've used Google Sheets for almost everything in my personal and professional career: keeping accounts, tabulating expenses, managing team assignments, just to name a few.

How to Get Subscript and Superscript Values in Google Sheets 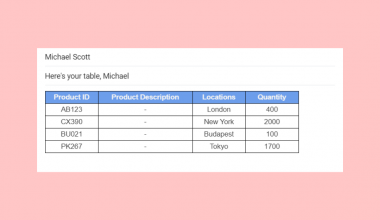 Read More
GGoogle Sheets
The #DIV/0! error in Google Sheets appears when the formula divides a number with zero or any denominator…

Read More
GGoogle Sheets
The circumstances of adding up every n cells in Google Sheets are countless. We may obsessively use the…